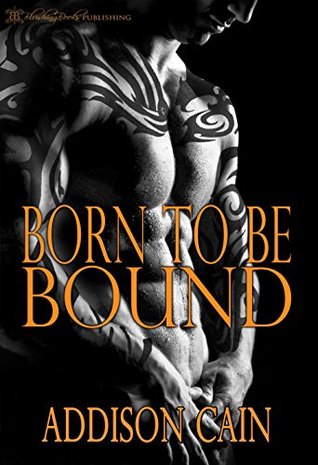 Born To Be Bound

WHAT THE FUCK DID I JUST READ? I give negative shamrocks for this book! I was so curious about this because it was labeled as Dark Erotica. I like dark. But this is disgusting.  At one point the female lead makes a nest that is sticky and gooey???  Is she a bird, a dog, an animal? What the what? This is a big book of gratuitous rape.  There is no consensual sex in here at all. I almost stopped after chapter one and then I said, you know…. maybe there is a point? Is the writer describing rape to show how hideous it is?  Am I’m supposed to feel disgusted and then I don’t know… something happens? But no it’s just contrived. I just hate everything in this book.  There is no way that I am reading the next one. So, if there is some illuminating conclusion, I won’t know.

There is no world building.  Its some type of bio-dome future where people are animistic where they have Alphas and Omegas and go into heat, but they are not shifters?  No clue.  We just hang out in a cement room at least seventy-five percent of the time. This author managed to take everything I like about this genre and make it gross.

I don’t like full on rape scenes, I avoid it in my reading if at all possible.  I find it disturbing. But I am angry at reading some reviews for this.  Bloody hell! I was curious when I read all the other reviews about “the cheating”.  REALLY??? That’s what set you off. He has been raping this chick non-stop and then he puts her in the bathroom and does another chick. Now we don’t like it? Ugh! Nope. Nope. Nope. I now have a WTF shelf.

She never had a choice.

Shepherd vows he will hunt Claire down, ready to burn her city to ash to retrieve his wayward Omega. She may be terrified of him, she may resent the pair-bond he forced, but like it or not, she is his.

Claire is desperate. The Alpha male who conquered her city, who calls her his mate, is every bit as ruthless as his reputation suggests. Wanted flyers bearing her picture litter the streets, the reward offered outrageous.

Her people are starving; there is no safe place for her to hide. It doesn’t matter. Claire has one mission: to protect the last, dwindling enclave of frightened Omega women left alive in the city. Shepherd wants them too. He wants them for his men.

Claire cannot allow that to happen.

The first book in Addison Cain’s exciting, raw, and suspense-filled Omegaverse trilogy is a dark tale with explicit sexual themes and complete power exchange. If such material offends you, please do not purchase.