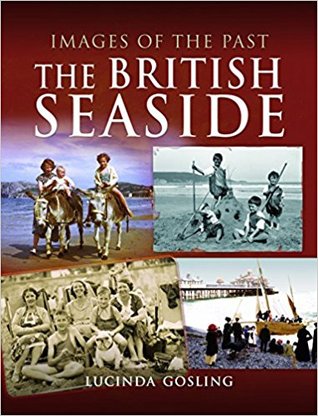 Drawing on the archives of Mary Evans Picture Library, ‘Images of the Past – The British Seaside’ is a nostalgic promenade through the history of Britain’s seaside resorts from their early genesis as health destinations to their glorious, mid-20th century heyday, subsequent decline and recent regeneration.

British coastal resorts developed during a period of vast expansion and social change. Within a century, the bathing phenomenon changed from a cautiously modest immersion in the sea to a pastime that prompted the building of vast art deco temples dedicated to the cult of swimming. Once quiet fishing villages mushroomed into bustling seafronts with every conceivable amusement and facility to entice visitors and secure their loyalty for future visits. Where transport to the coast may have once been via coach and horses or boat, soon thousands of working class day-trippers flooded seaside towns, arriving by the rail network that had so quickly transformed the British landscape. This fascinating book follows these shifts and changes from bathing machines to Butlin’s holiday camps, told through a compelling mix of photographs, cartoons, illustrations and ephemera with many images previously unpublished.

Covering every aspect of the seaside experience whether swimming and sunbathing or sand castles and slot machines ‘The British Seaside’ reveals the seaside’s traditions, rich heritage and unique character in all its sandy, sunny, fun-packed glory.